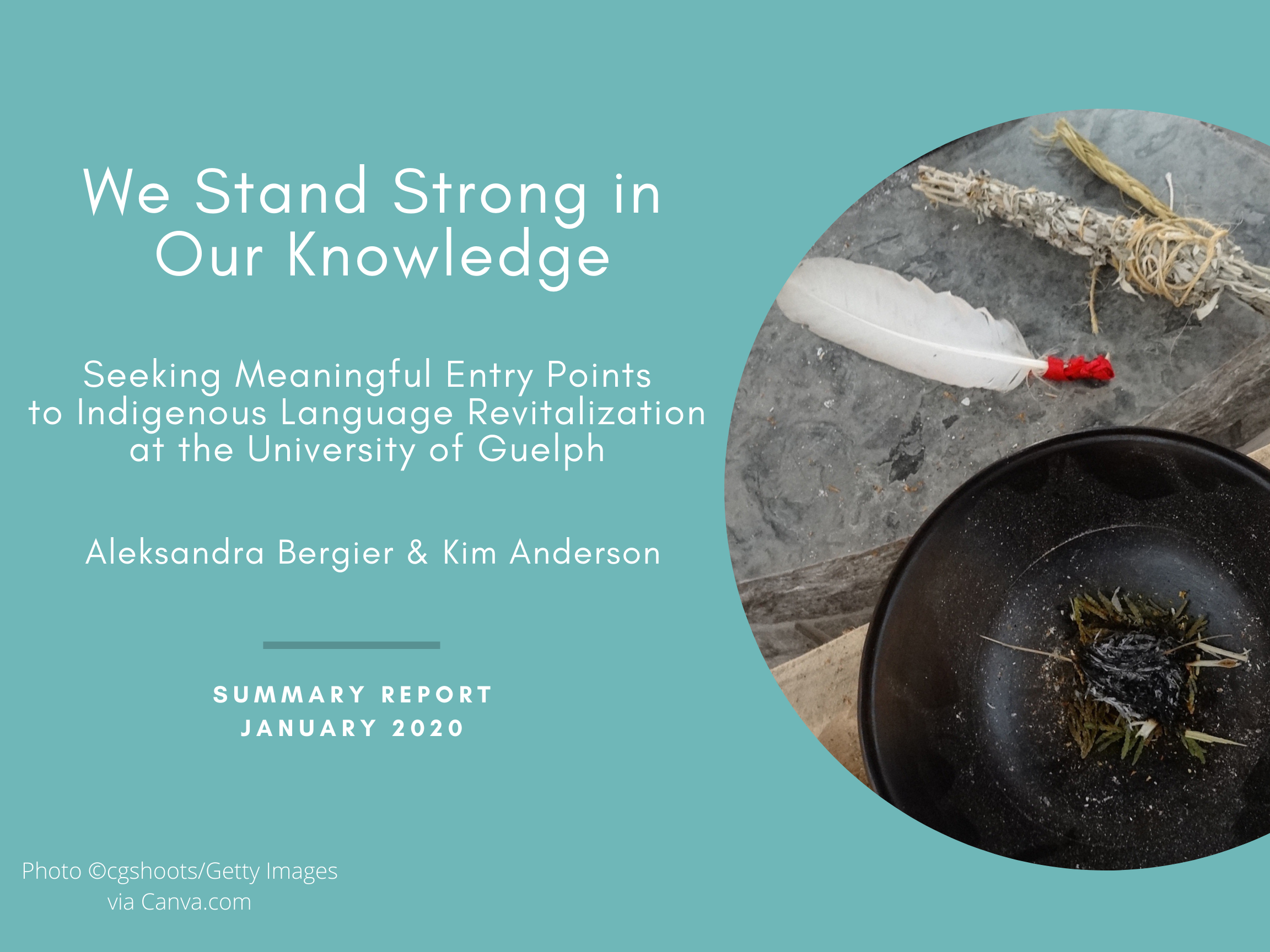 The Advisory Circle provides guidance on the development of the strategy including the harmonization of First Nations, Métis and Inuit knowledges, cultures and perspectives. The Advisory Circle is composed of Indigenous Elders and Knowledge Holders who are engaged at the community level.

Our Ancestors and Elders taught us that we are an oral culture in which knowledge, wisdom, and morality were passed from generation to generation in the Language. In our teachings, the Language comes from the land. We believe that for reconciliation to be realized, we have to commit to keeping the remaining Indigenous Languages alive. This requires a substantial commitment from this country. We respectfully insist that each university and college offer a minimum of one Indigenous Language course and all school boards should follow suit. A positive initiative towards reconciliation is that the Ojibway Language is being offered at the University of Guelph beginning in 2019.

Indigenous Languages have also been used to reflect the placenames of the Original Peoples who lived on this land. We are now hearing land acknowledgement in schools, at city councils, through the media and elsewhere acknowledging the Original Peoples. This Initiative is in keeping with the Truth and Reconciliation Commission's 94 Recommendations, or Rites of Passage as the Elders respectfully stated at the time of the TRC Report in 2016.